When To Eat Your Carbs 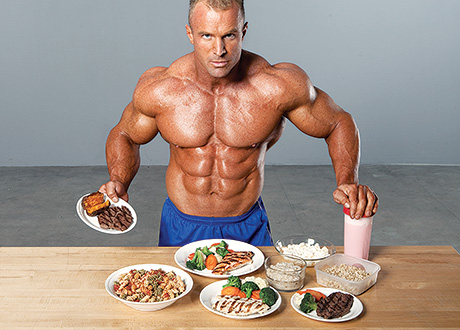 A real question that comes into play on the higher fat/low carb portion of the Metabolic Diet is when to eat your carbs during the day. Some people spread them out. Others get most of them in one meal. Again, the answer has to do with personal preference. You can eat your carbs at any time of day and it won’t matter, as long as you don’t go above the 30gram carb limit.

Some people find eating their carbs throughout the day makes them hungrier and lazier. They’ll feel sluggish. They get that “turkey dinner syndrome” where they finish and all they feel like doing is laying on the couch. This isn’t good, especially for a busy person who needs to feel motivated and energized during the day.

Many people believe that our eating patterns have become counterproductive in modern society. The average American eats a lot of carbs during the day and the insulin and serotonin responses we talked about earlier can become very pronounced. At times of the day when we need to be productive and alert, in the early afternoon for instance, we’ll be sleepy and lethargic from all those carbs and the resulting hormone and neurotransmitter rush.

For those people it would be better to save the carbs for later in the day. That’s what a lot of people do on the Metabolic Diet. They’ll keep the carbs minimum during the day and find their energy levels much increased as a result. Then they’ll come home at night and have the bulk of their carbs with dinner. The carbs at dinner will find them unwinding in the evening hours, relaxing and sleeping like a baby at night.

It’s interesting to note that one of the trends in business today is toward a more streamlined lunch. Those huge, three-martini lunches are no longer the norm. Executives and employees are eating and drinking more sensibly in the middle of the day and finding productivity rising as a result. This comes not only from time saved at lunch but also from the improved attitude that comes with getting rid of all those carbs and alcohol at noon.

Another good time to take your carbs is after exercising. For a few hours after exercise there is a window of opportunity when hormonal factors are just right for rebuilding muscle. Taking carbohydrates during this time period spikes insulin levels and increases protein synthesis, thus maximizing the effects exercise has on strengthening and toning your body.

A few carboholics who are on my diet reserve their carbs for the evening. They eat almost no carbs during the day so they can have their 30 or so grams at night in the form of ice cream or a chocolate bar. That’s OK as long as you don’t go over your daily carb quota.

Experiment
• The Metabolic Diet is all about adjusting the diet to suit your metabolism.

Personal experience and individual body chemistry will have a great deal to do with how you structure the diet. Different people will have differing responses to the carb-loading portion of the diet. The length of that carb-loading period may vary greatly as a result.

The 30-gram carbohydrate limit is also not written in stone. It serves as a good guide and should be adhered to when beginning the diet, but some people may find that they can later increase carb intake to as high as 50 grams per day and still do fine. Others may find that anything over 20 will make them feel sluggish. I’ve also found that people on the higher calorie diets, mainly seen in the Mass phase, can take in a tad over 30 grams and still be OK and we’ve accounted for this in the higher calorie sample diets. Once you’ve made the “metabolic shift” and made the diet a part of your life, you can experiment to find what works best for you.

Fat levels may also be experimented with to some degree. Some may find optimum results going as low as 30 percent fat on the diet, but you must beware. You can’t go too low, especially at first when your body is going through the shift from utilizing fats instead of carbs as its primary fuel.

Taking in a lot of protein helps, but not without the fat. Without enough dietary fat, even if you’re limiting your carb intake, your body won’t “learn” how to use fat as a primary fuel. Your body basically says, “I’m not going to get rid of this stuff because I may need it down the road.” Limit fat in your diet and your body wants to lay it on as a way of keeping it around. You end up cutting dietary fat but adding bodyfat.23 A bodybuilder recently told me that he tried to make the shift to burning body fat as the main fuel (one of the goals behind the Metabolic Diet) by going on a high protein low-carb, low-fat diet, basically an all protein diet. He began doing the egg whites, boiled chicken breasts and canned tuna in water thing, but with no carbs, and, while he ended up losing fat, his body shriveled up. He looked awful.

The fact is that your body needs the fat to adjust to burning fat while at the same time sparing muscle. Increasing dietary fat intake will increase your body’s use of both dietary and body fat as a primary fuel by increasing the levels of enzymes needed for increased fat breakdown and decreasing the enzymes involved in storing body fat. The bottom line is that you’re basically losing body fat by increasing the fat in your diet.

So don’t worry too much about your overall fat percentages because they usually will take care of themselves unless you mistakenly, at least at first, try to limit your fat intake. Of course you can make some adjustments depending on how you’re responding to the diet, but be careful. Remember, if you don’t give the body enough fat you won’t make the shift to a fat-based metabolism and your body will lose its shape, which is exactly what you don’t want.

This may sound like nonsense, but it’s not. Give the body fat and it will use that fat and burn off bodyfat. When you’re fat adapted the body is into metabolizing fat as a primary fuel so that even if you cut back on dietary fat, your body will still burn fat and spare muscle, only this time it will get the fat it needs from your body fat.

One of the good things about this diet is that you don’t have to become paranoid and keep elaborate charts to get that proper amount of fat in your diet. In fact, if you’re diligent about eating your red meat and other animal food — bacon, ham, steak, burger, fish, etc., and in using olive oil — you shouldn’t have to worry about hitting the 40-60% fat and 40—50% protein ratios listed above. It will naturally happen.

Again, it’s important to realize that individual experimentation will play a large role in aspects of the Metabolic Diet. The diet should be varied to provide the optimum level of performance and success for the individual. We’re all different to some degree according to body chemistry and needs. No two human beings are alike. No two human beings will implement this diet entirely alike, either. As you make the diet a part of your daily lifestyle, experiment with it to find the best way to execute the diet for you.